Between Moro and Fanfani, far from verbal populism 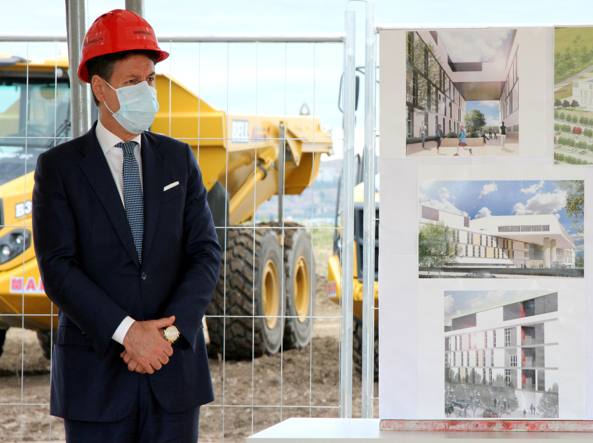 Is Conte’s party just a suggestion or the possible outcome of the infinite transition of Italian politics? Polls in hand, the premier continues to please public opinion. The analysts of the electoral orientations try to understand how and why a politician born out of nowhere, a university professor, although like excellent Roman entrances, the people’s advocate, first a populist, then a Europeanist, partner of Salvini and then of Zingaretti and Bersani, Giuseppi of Trump, has entered into tune with the deep heart of a part of public opinion that appreciates his work, but would give the majority to the center-right. A paradox that is only apparent, but typical of what the scholar Bernard Manin defines as public democracy. Which goes beyond party mediation and rewards the personalization of politics. Conte wisely wore a counter-current dress: not a professional politician, his tones are reassuring, far from the verbal populism of other leaders. It has post or pre-Christian ways. Between Moro and Forlani. Conte’s possible party – which polls quantify at around 14% – would draw votes in the world of abstentions, but also in the electoral reservoirs of the Democratic Party and the M5S. The premier is now an icon of the people of the left. Nothing new, typical of historicist parties: golden bridges to those who come from opposing ranks.

The bad omens of history

But the story of the prime ministers who tried to set up their own business – from Dini to Monti – does not bode well. Technicians lent to politics are successful as long as they are non-party. this is the dilemma before the premier. Deciding to take the new path of the personal party or to keep the role of resource of the Fatherland. Then, if he were to choose to personify, to give a face to a party, his strong point could be his Puglia. The land of President Emiliano, a leader, at least formally, without a party who somehow anticipated the Conte project with an electoral alliance with civic lists of various origins that represented the strength of his victory. In recent months, there has been no lack of work to seek a unitary body in the archipelago of civic lists. An almost desperate attempt as civism has anything but a unitary corpus of ideas and projects. And often it consolidates itself, during the electoral period, around a wandering political staff. To Conte, if he tries, the attempt to give substance to the third (or fourth) leg of national politics. And on that path he could find a piece of Puglia at his side.