The new regional councilor for welfare, a member of the M5S, talks about her new role. «I will ask for advice from Elena Gentile who made the history of this sector in the Puglia Region. Me and Emiliano in the same party? Never say never” 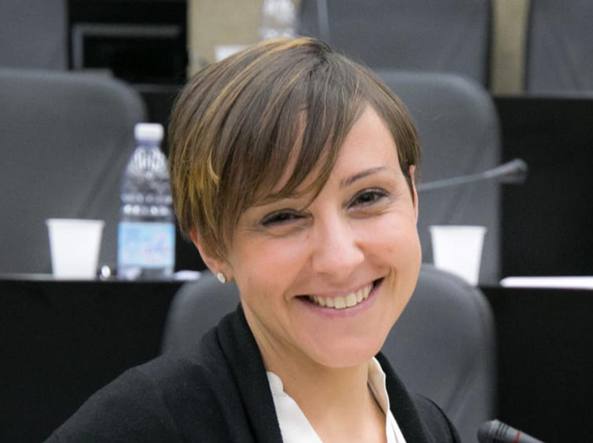 This morning Rosa Barone – from Foggia, 44, pharmacist, single – arrives in Bari to take up the role of regional councilor for welfare. Yesterday he attended his first meeting. It is the first 5 star to sit in a regional government.
Where will it start from?
“From below, from the Municipalities: it is necessary to re-establish relations between local authorities and the Region. I think it is essential to understand what the needs of the various territories are. I will open a phase of listening and consultation in all the provinces ».
There are already the first requests (and protests) on services for children and adolescents.
«A delicate issue. I’m going to have to consult the executives first and I’ll do it this morning in the office. I want to continue with the same approach used when we were in the opposition: to put our face to it, to be clear, to get to the heart of the issues, to interact with everyone at 360 degrees. It is clear that, with the entry in junta, we have been projected towards things that we were not used to doing. First of all, it is a question of understanding the issues ».
An urgent issue is the social suffering caused by the pandemic. Companies have to be supported (this is not up to her) but also people: many line up for food.
«I am not hiding anything and I know that the solution cannot be delegated to Caritas. We need to reason with the government and with Europe. There are networks to be strengthened and resources to be spent, we are called to use them. The Region knows how to do it and yet there is still money to be used to issue provisions useful for the purpose we are talking about ».
Who will you get advice from?
“I had never concentrated on welfare, because I have always played my role as adviser, mainly following the issues of my territory. I have my sensitivity but I know it’s not enough. Nobody is born with infused science. I want to hear Elena Gentile (former councilor, ed): she made the history of welfare in Puglia and I want to ask her for advice. I will also meet some experienced executives with her. There are many open things that await ».
For the first time you are in government in a Region. Whose merit? Emiliano, Conte, Di Maio, of you councilors (excluding Laricchia)?
«Antonella did not make herself heard and I am very sorry. The merit? A set of things. Of course, the historical moment and the close collaboration between Pd and M5S have an impact: what happens in Puglia derives from the national experience and helps to strengthen it. The agreement was wanted by Emiliano and the national leaders of the movement. It was not us advisers who sought the governor: we limited ourselves to not opposing the option of joining the council. Condition, I remember, on which the members will have to decide definitively. Anyway: the role of Conte, from Puglia, made the operation easier than elsewhere. For better or for worse ».
In the bad?
«I do not hide the difficulties of joining a coalition. We must be good and solid to apply our principles, work, bring home the results. Also in reference to our electoral program. All this gives citizens an opportunity ».
Your entry into the council was met with a barrage of criticism. The main one concerned consistency.
“We would have been inconsistent if we had left the movement to join the junta. And instead we are in the pipeline with the agreement of our leaders. In the regional government we will try to implement our program presented during the electoral campaign: thus the end that justifies the means will be achieved ”.
You will have to do it while staying in the Emiliano junta, of which you become co-responsible. Have you shared everything so far?
«Emiliano is in his second term and this makes him freer. He did well to delegate agriculture and health care, while it was a mistake that he had held them in his hands for a long time. All good? The six thousand euros per month to Nancy Dell’Olio do not convince me and I hope that the new hospital in the Fair will prove to be a positive choice. Not even the management of the school convinces me completely: making the parents decide has created discomfort and disorganization. Even some confusion on a cultural level: school is a right but also a duty. The clash with Minister Azzolina was inappropriate. But I’m sure that Emiliano did everything in good faith, under pressure from many sides ».
The governor works for Conte. Today you are allies but tomorrow, who knows, you could be militants of the same party as Conte. What do you think?
«I have learned it in these months: never say never. But I am in love with the movement, I would not leave it easily. I want to continue to have my Stars and my ideals ».