What did you think, Michela?

«That Sofia is special because she knows how to be loved by everyone, even by bad luck …».

Michela Moioli, 25 years old, champion (snowboard), Olympic gold medalist (Pyeongchang 2018), from Bergamo: astral twin of Sofia Goggia. And Sofia has always been a great friend. His is the most beautiful message for the champion injured in a trivial accident in Garmisch, serious enough to force her to miss the Cortina World Cup: “I saw you in a hospital bed – wrote Michela in a post on Instagram – but above all you I saw the roof of the world smiling with all your greatness and strength ».

A fall not in competition, going down to the valley. Fatality.

«Even worse … But that’s our sport. Luckily she didn’t break her ligaments: this is the good news. ‘

«Sunday after the accident and Monday in video call. She eats her hands: it was her World Cup, in Italy … But, all in all, I thought I felt worse. Morally I found it well: sometimes it takes a few days to metabolize injuries ».

Great woman with a beautiful soul, defined her friend Goggia.

“It’s true. When I need it Sofia is always available to push me, to give me the charge with the right words. She had just won a race but she remembered to encourage me on the eve of my first round of the World Cup, in Valmalenco ».

“It’s as if we need each other, we understand each other on the fly. Same life, same dreams, same worries. I am always there for Sofia, and vice versa ».

Can you tell us about your first meeting?

“By chance. I had to go to Milan for a Federsci event, Sofia gave me a lift in the car. We immediately found ourselves well, tuned to the same way of thinking. I liked his strong character, we both hate to lose. It was born like this. Then, in 2014, I got hurt and she introduced me to Lucia, the mental coach with whom I became stronger than before ». 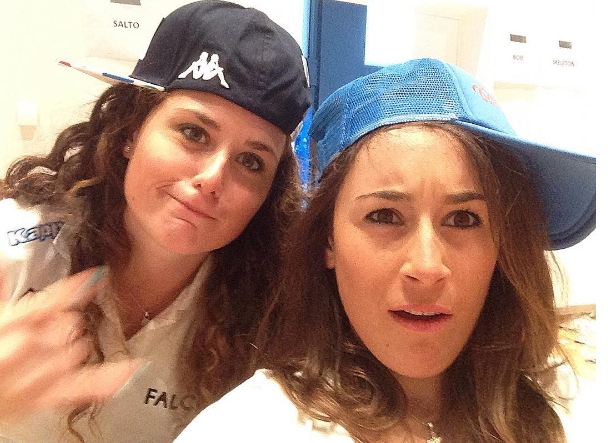 Is yours a friendship also made up of dinners, holidays, entertainment or is it above all skiing to bind you?

«In winter we rarely see each other but from spring onwards we often meet for dinner in Bergamo and organize weekends by mountain bike. Sofia is fast downhill even on her bicycle, it’s hard to keep up with her! ».

And then the preparation together before the Games in Korea.

«That period in the gym in Bergamo made us feel even more united. In Pyeongchang we won gold five days later. Two years ago I was in a bit of a crisis and she introduced me to trainer Simone Maffioletti: in short, Sofia was also decisive in certain professional passages ».

Do you also exchange advice on books, films, TV series?

“Between the two, the reader is Sofia. I am more cut out for practical things and now I am studying the books of the University: I enrolled in physical education in Bergamo ».

Here, Bergamo, the common origins, how much do they count in such a strong bond?

“Much. There is the pride of belonging, of course, but living in the same city allows us to frequent each other much more ». 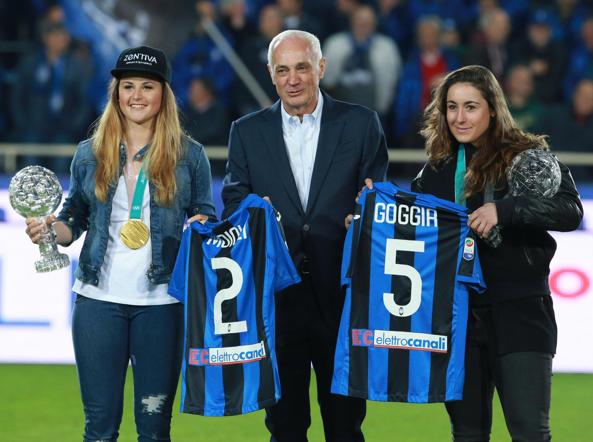 Michela and Sofia with the president of Atalanta, Antonio Percassi (Ansa)

And finally the experience of Lausanne: she and Goggia on a mission on behalf of the president of Coni Malagò to convince the IOC to give Italy the 2026 Winter Games.

What would you like to give to Sofia right now?

«A time machine, to show her the future and convince her that she will come back stronger than before. And the gold of the Snowboard World Championship in Sweden, soon. The dedication, if necessary, is already ready ».