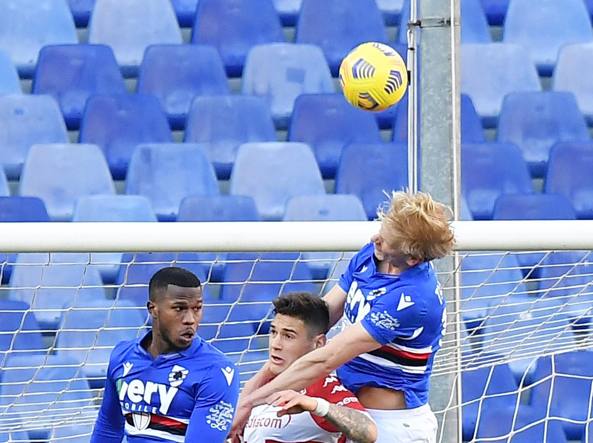 A good Fiorentina surrenders to Sampdoria who don’t do much to win 2-1. Quagliarella’s goal in the second half after Keita and Vlahovic had scored in the first half gave the victory to the Sampdoria. For the Viola the usual inaccuracy is too much door and a pinch of bad luck with the post of Quarta and a shot by Biraghi rejected on the line, while in defense if Pezzella still uncertain Dragowski runs into an unlucky Sunday given the uncertainties about both goals. Accomplice of the defeat and the results of the others Fiorentina still slips in the standings, now in sixteenth place with five points ahead of Turin. And the next challenge with La Spezia absolutely not to be missed.

If Ranieri surprises by keeping Candreva and Quagliarella out, and relaunching Damsgaard from the first minute, Prandelli responds with a two-headed team with Kouame close to Vlahovic. The first few bars see a confident Fiorentina, in which Pulgar gives order and Kouame the right unpredictability. Just the Ivorian tries to trigger a couple of times Vlahovic who does not take advantage of it, a sign of an inconspicuous first half for the Serbian. Also because on the development of a corner from the left Vlahovic still does not intervene with his head and Keita is able to exploit Dragowski’s wrong exit for the advantage of Sampdoria. The purple reaction was entrusted to a free-kick from Pulgar on which Audero Vlahovic was the quickest to reject the net for the equalizer. Also in the second half the match balanced with a post hit by Quarta on the development of a free-kick from the left while Sampdoria reaches the shot with Keita who sends out of Dragowski on the outside of the net.

Bonaventura also becomes dangerous with a short shot out, then Candreva and Quagliarella enter Sampdoria and for Ranieri a winning choice. On an action from the right in fact Candreva to draw the attacker to the limit, his shot fouled by Pezzella while Dragowski is surprised, the goal of two to one. Prandelli awaits only the final for the first changes by inserting Callejon and Malcuit then Biraghi to touch the equalizer with a nice shot that exceeds Audero but not Colley stationed on the line. Even in the recovery, recriminations remain for Milenkovic’s header that ends up just outside, confirming the Viola’s difficulties in finding the way to the goal. Even at the end of a decent test, Fiorentina is in fact defeated by Marassi and on Friday with Spezia again a direct match for the hot zone of the standings.