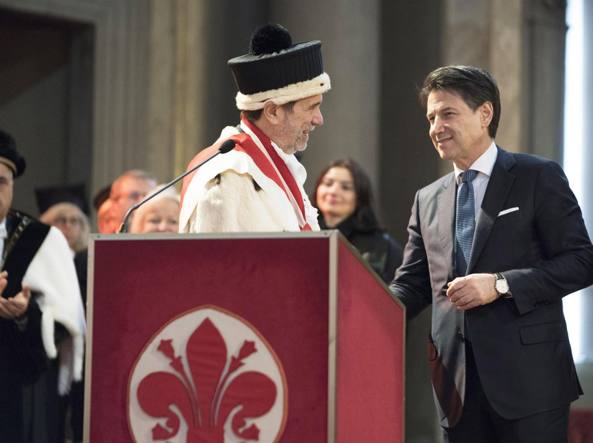 Between having the right to return to one’s professorship and actually returning there, there is a lot of it honestly I still don’t know. Word of the rector of the University of Florence, Luigi Dei. the case of Giuseppe Conte and his return to teaching at the faculty of Law. The former premier from yesterday formally back in force in the team of professors of the Florentine University. But the calendar didn’t help him. Indeed, it can be said that he found himself the victim of a government crisis born and consummated at the most wrong time possible for a university professor: a few weeks before the start of the second academic semester.

For this reason the former people’s advocate and (again) professor of private law in Florence, still does not know if he will really have a professorship. Officially yes, it was his first, and it’s back now with the end of his leave. But a chair physically understood, a cycle of lessons inserted in that complex tangled system of precarious balances that the semester schedule, that is not known. We must verify, said the rector Dei that he signed the decree by which Mario Draghi’s predecessor returns to office, starting from March 1, as full professor in Novoli, in the Department of Legal Sciences.

But the two have not yet met, they will do so closely, a matter of hours or a few days, because it is urgent to evaluate this question with the rector Dei: where do we put it, Professor Conte, given that the program of lessons was it was already established before Matteo Renzi threw him down with a shoulder from the seat of Palazzo Chigi.

In case you cannot find a place in the timetable, Conte do only research. At least for this second semester. But the rector of the University of Florence recalls that there is time until March 1 and therefore the Conte game is still to be played. The mandatory leave period, started in 2018 on the occasion of his oath as Prime Minister of the Republic, is in fact over. For a long time in Roman circles there was rumor about the hypothesis that Conte could re-enter the new Draghi government, from the window, as a simple executive minister led by the former head of the ECB. But now that the race to the various departments is over, and this hypothesis has vanished, the cameras on the de Daily fact in front of Palazzo Chigi he declared that my immediate future is to return to Florence as a professor at the University.

Conte has never closed the doors definitively to a return to politics, perhaps with his own symbol, without the Five Stars, when he returns to vote – the hypothesis of running him for the supplementary work in the Sienese college has sparked, let’s say, a heated debate in the center-left. Or to pivot the triangle M5S-Pd-Leu, a project that we have started to carry out and has already produced results. A perspective that I strongly believe in, as a politician, as a citizen and as a former Prime Minister. Because after all, he reflects, there are so many ways to participate in political life: we will see it together with the friends we have worked with and fellow travelers. So anything can still happen. Also that his return to the chair is a new parenthesis.