Kalle Rummenigge, CEO of Bayern Munich, reigning champion of the Champions League, who starts again: you have won 6 trophies out of 6, a feat that was only successful at Barcelona in 2009. What does it taste like?

something exceptional. We are happy, proud: the team’s performance was incredible.

Flick hadn’t been a head coach in 15 years and won it all. Is there a moral?

arrived in November 2019 and turned on the light in the dark, not only tactically or in training, but also in empathy and group management. He had been deputy to the world champion national team and already knew Neuer, Muller and others very well: it was a small advantage.

What moment is football experiencing in Germany?

I think the situation is similar almost everywhere: difficult, because the culture and economy of football are suffering. And not just football of course. The most complicated task is that of politicians and I don’t want to be in their shoes: nervous people, maybe even a little fed up.

Did they really close the airport just before take-off from Berlin to Qatar for the Club World Cup?

Yes, for two to three minutes. We didn’t like it and there was some controversy. 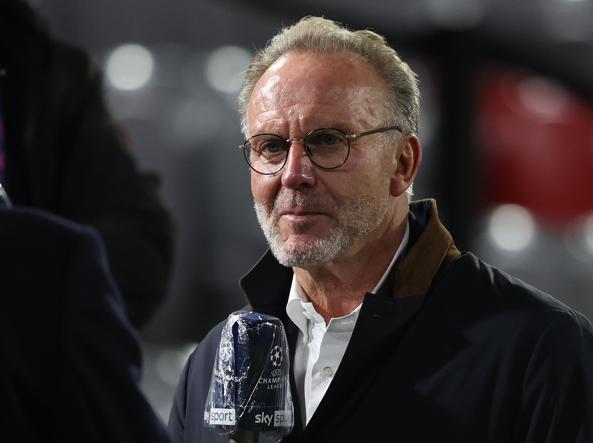 There was no lack of criticism for his sentence on the vaccine to be given to footballers.

They misunderstood me: I did not ask that players be vaccinated before others, especially the elderly. I just said that vaccinating them could be a good example to persuade even the most reluctant part of the population to do so.

The Champions League resumes with two German coaches immediately against, Klopp and Nagelsmann, in Liverpool-Leipzig. The German school of great fashion: what is the secret?

We always looked a little sighing at English and Spanish football. But we have many trained technicians and in the pandemic our football has increased even more.

The Mannschaft of Lw instead in crisis and has conceded 6 goals from Spain. Why?

The national team also suffers from the crisis of the federation: there are many changes, internal problems that also make the team suffer.

On Tuesday there is also Barcelona-Psg. What did you think about Messi’s salary?

I laughed … I can only compliment him, because he managed to make such an astronomical contract.

With the pandemic this football still sustainable?

The longstanding problem began with the 1996 Bosman ruling. Then in the last ten years we have all been wrong, because we have spent more and more in favor of players and agents. The pandemic has shown that we need to backtrack and return to a more rational model. I hope it’s possible, but it won’t be easy.

My impression that the prices of the tags have dropped by up to 50% in some cases. As for the salaries of the top players, on the other hand, the agents are still able to obtain upward solutions. We need to find a European solution: in Germany we discussed it with a task force, which involved politicians and fans. People want more rational football.

It would perhaps be a good initiative, but in 2008 with Platini as president of Uefa and Infantino as director general, we went to Brussels to understand if it was a viable path: politicians have always told us that we would go against European law. Maybe now is the right time to take a new initiative and correct what we have been up to over the past ten years.

The new Champions with 36 teams in a single group with 10 games each, really that spectacular?

S. It will be much more spectacular and lively than today’s group stage, which is often boring in the last few days. It will be harder to qualify and more exciting.

Will the national leagues suffer?

They will always have a high level value. The new Champions is the cherry on the cake, but the value of the championship does not change: for the Italian fan, how important the Milan derby or the match against Juve ends.

Inter beat Lazio, your opponent in the Champions League. Without Cups, the favorite for the Scudetto?

It seems to me the most stable team. Play well, win and never lose strange games like in the past. The important thing that they are not too euphoric: the long way.

Is Bayern clearly the favorite with Lazio?

We are favorites because we are reigning champions, but certainly not an opponent that we will underestimate and we have noticed it in the matches against Borussia Dortmund. And also on Sunday.

Is Juve too tied to a 36-year-old champion?

When they bought Ronaldo I was curious to see how it worked: it worked great. A few months ago I was in Turin for a meeting, Agnelli showed me the new sports center and there was Ronaldo in the locker room with bare chest: few times I have seen such a body, it gave me the impression of being trained at 100% to continue a few more years at a high level.

I will retire at the end of the year: will I ever work in Italy?

When I lived with you I learned a very important thing that changed my life, because before I had long-term plans: you live today and see tomorrow. I don’t know what to do, maybe I need a break.

My philosophy is that if you played with Inter it is impossible to go to Juve. The heart is one. 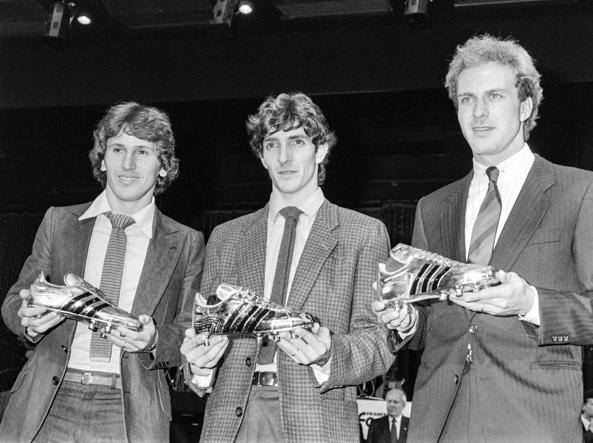 With Zico and Paolo Rossi (Afp)

Speaking of former champions now managers: Maldini is bringing Milan back up.

He did well to take his time before starting, so he has a different view. He is doing a great job, Milan missed a lot even at the international level. But now reborn.

special. I also scored a very beautiful and important goal in the 2-2 in March ’85. the most important match of the season and even more so now. I hope Inter win this time.

Would it be the decisive turning point?

Inter have the best cards to win the Scudetto: it’s up to them to continue like this.