On the eve of the away match in Granada, Gattuso has to deal with the unavailable players 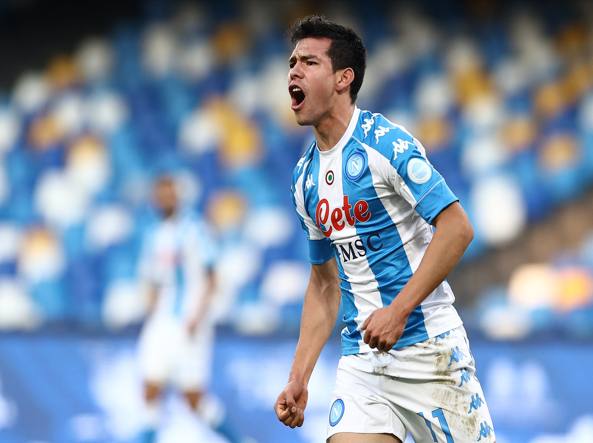 In Castel Volturno the atmosphere is more serene, the victory against Juventus and the team performance has compacted the group, even Gattuso can look to the future with greater tranquility. To spoil the serenity there is the emergency in the infirmary. Ospina and Lozano have been added to the list of unavailable, at least eight players will be missing for the away match in Granada. The Colombian goalkeeper has a first degree muscle distraction in his right thigh adductor, he will have to stop for a couple of weeks. For Lozano the longest stop, the Chucky has remedied a second degree muscular distraction in the right hamstring, he will not be there for at least a month, his return is expected in the first part of March.

Koulibaly and Ghoulam are still positive at Covid-19, they will not recover for the Europa League match, hopefully they can negativize in time for the championship away match against Atalanta. The defense has its men numbered, Hysaj could make it back by the end of the month, Manolas went to Greece for a few days, and follow the rehabilitation program agreed with the medical staff with his trusted therapist. Demme is recovering from an elongation to the quadriceps of the left thigh, should return against Atalanta. The German midfielder played seven games in a row as a starter due also to the absence of Fabian Ruiz, who was positive for Covid-19 for twenty days, and the decline of Bakayoko who was not used to hellish employment rates. Napoli is facing a tour de force, on average it oscillates between 2.7 and 3.3 days between one match and another, a problem that affects all the big names as well as absences. The Azzurri had to deal with long traumatic injuries, such as those of Mertens and Osimhen, who were concentrated in the same department. The emergency, in fact, could also expand with new cases: Petagna tired, has been carrying ailments for a few weeks and had to grit his teeth, this morning he will carry out the instrumental tests to monitor his condition. Insigne also left the field very tired against Juventus, did not report any problems, he should be managed but the emergency situation will make every choice very complicated.

The absence of Lozano a heavy tile, Chucky the best scorer of Napoli with 13 goals scored, he too was super used for the prolonged absence of Mertens and Osimhen. In 2021, the Mexican talent, who always started as a starter, also represented the only alternative to Petagna as a central striker in the two games against Spezia. When Insigne had to be stopped, Lozano was also the variant for the left zone of the attack. Here, the injury: his sprinter characteristics put a lot of strain on the muscles. Osimhen still far from the best athletic condition, he has to work and play to grow to reach it. Napoli needs Mertens, out of sixteen games, who is still in Belgium for the rehabilitation of his left ankle and should return early next week. Seven of the ten defeats of the season and two draws have come without him. The team conceded ten more goals and scored six fewer than in the first part of the season. His return to the field expected by the end of the month.