The historian and the municipalities of Naples: «« The former mayor would have an easy game. In any case, I’m tired of people who make politics like magistrates “ 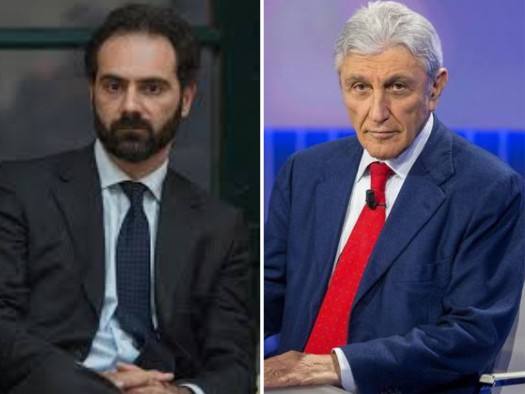 «Any reflections on the Municipalities of Naples? But we would talk about nothing. Anyway, let’s try ». The start of the interview with the historian Francesco Barbagallo is full of irony. But then the conversation becomes serious.

The real protagonist so far has been Antonio Bassolino. How do you rate your first moves?
«Antonio Bassolino is an expert politician, there is no match for the rampant squalor. Despite its limitations, it has qualities that do not exist on the square. And on this ground he has an easy game. Moreover, the pseudo Democratic Party is firm on nothing. It has not been able to construct a credible hypothesis in recent months. I believe the two best candidates are oriented towards other objectives. Gaetano Manfredi should be the president of the CNR (and he would agree). Enzo Amendola, already in the next few hours could have a post of deputy foreign minister that would correspond to his abilities. With these two eliminated, I don’t see any other candidates.

Nicola Submit?
«It is not up to Bassolino. He was a collaborator of his, but it does not seem to me that he has shown skills superior to the teacher. He was a pupil of not excellent quality ».

Bassolino’s strength, he recalled, is experience. The weak one is that the former mayor is the embodiment of a past already seen. What argument do you consider prevalent?
«In Naples, after Bassolino and Riccardo Marone, we have had negative experiences for twenty years. The ten of Iervolino were not positive, she would have had the skills to be president of the Republic, but she was not cut out to lead the city. De Magistris has amply demonstrated that he is administratively incapable. Of course, a renewal prospect would be desirable. But the last to have new ideas about Naples were Lamont Young and Francesco Saverio Nitti ».

How many chances do you attribute to Bassolino?
«The desert around him gives him chances».

As a (former) party leader, and as a politician of clear faith, would Bassolino take responsibility for yet another defeat of the center-left?
“This is a weapon used instrumentally by the pseudo leaders of the pseudo Pd. Did they find a different candidate? No. And then they cannot attribute the consequences of their inability to others ».

Will Pd and M5S be able to find an agreement?
“I consider the Cinquestelle characters laughable. They should have found a different job and instead they have occupied the political terrain with devastating consequences. Even the hypothesis of Fico mayor of Naples would be nonsense. He doesn’t have the skills. Like Pivetti and Boldrini, Fico is the masculine expression of presidents of the Chamber who are inadequate for the role ».

The name of the deputy attorney general Catello Maresca has not been made official. But he seems to be credited with representing the center right. Will it be favored by the divisions in the center-left?
“He won’t be elected in the first round. Maresca will not be able to make his choices until the exact date of the elections is known. I, honestly, can no longer stand people who play politics in the role of magistrate. Mind you, this practice was inaugurated by the left. In any case, no magistrate who has made the leap has shown who knows what skills. I am for a fundamental distinction between magistrates and politicians. They have different jobs ».

The name of Sergio Rastrelli was made by Fratelli d’Italia. Could the division of the center-right nationally also influence the local affair?
“I don’t know and I can’t say what the center-right’s choices will be. Rastrelli’s candidacy seems to me to have a foundation. It would be preferable to a magistrate candidate. But I say this only on the level of the distinction of roles. The case of Emiliano who has not yet resigned in Puglia is scandalous, as indeed the Finocchiaro had already done. Rastrelli would represent the center-right well ».

A challenge in the first round between many candidates would presumably lead to the ballot: how would a hypothetical duel between Maresca and Bassolino be resolved?
«It would be a duel with an unexpected result. But I observe that from the 1960s onwards there have been only center-left administrations in Naples. While on more than one occasion the Region has won the center-right, I am thinking of Rastrelli father and Stefano Caldoro, in Naples, after Achille Lauro there has been no more center-right mayor. In the end I think that a ballot between Bassolino and Maresca would be a clash between two recognizable personalities, who have all the requisites to represent the city. It would be a high-level confrontation ».