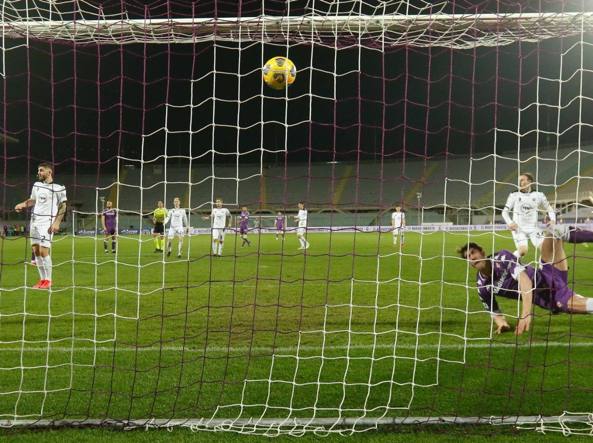 A victory determined above all by the episodes but no less important. At the Franchi Fiorentina beat Spezia 3-0 thanks to goals from Vlahovic, Castrovilli and Eysseric, but the success materialized only in the second half after the entry of the number 10 in place of Bonaventura. In fact, Spezia was the most dangerous team first, then with the substitutions Prandelli straightens things out. While waiting for the result of Cagliari-Turin, the Viola go up to ten points ahead of the third from last and above all overtake five teams in the standings.

Prandelli confirms the indications of the eve with Venuti on the right and Pulgar in the middle and with Kouame behind Vlahovic, Castrovilli goes on the bench. The start is entirely of the Ligurian brand, the Spezia makes the ball turn and at the first lunge it gives the shivers to Dragowski who sees Agudelo deflect Gyasi’s cross from the right by two steps, the ball comes out slightly. After a plane crash with Kouame Marchizza gets injured (on the occasion the defender also loses consciousness before returning alert and being transported to the hospital as a precaution) Italian replaces him with Ramos but the theme of the match does not seem to change, also because the Fiorentina is far from precise in setting any maneuver. The only blast is a very high shot by Biraghi but on the other side it is Saponara who wastes in the fray on the development of a corner before Ricci, flying from outside the area, sends to the side. To worsen the purple picture also comes the injury of Bonaventura forced to come out close to the interval, in his place Prandelli inserts Castrovilli while after the interval he calls Kouame and sends Eysseric on the field. The start of the second half sees a more present Fiorentina and on a nice invitation in the area by Biraghi Castrovilli manages to serve Vlahovic who scores: at first the goal seems irregular because the ball seems to come out before the cross of the number 10, but with with the help of the VAR the referee Calvarese validates the goal. Shortly thereafter Prandelli recalls Amrabat and inserts Borja Valero (the ex Verona comes out very disappointed for the change) while Italian recalls Saponara and Agudelo with Verde and Galabinov but still from the left Biraghi finds the bottom and calls Eysseric to shoot, on the soiled ball from the defense of Spezia comes Castrovilli who signs the two to zero. The Italian team feels the blow, loses conviction and on the counterattack the Viola score again with Vlahovic who in front of the goalkeeper supports Eysseric for his first goal in the purple jersey. Venuti and Biraghi also come out for Caceres and Igor but the match is closed and the Viola can already think about their next match on Sunday in Udine.