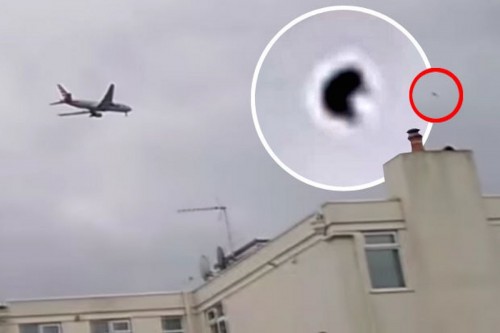 It is never too late to admit that you have seen something very strange in the sky. That is, an object that was clearly a UFO and that left the two pilots of a scheduled flight amazed. In the US, a hunt for testimony that adds documentation to documentation seems to have started. Here are photos like the one you see (the object highlighted in the circle was not far from the approach path of that aircraft), or the clear and certified memory of a Boeing 737 pilot in service from Las Vegas to Los Angeles (I thank Alessandro for telling me the story). John Chesire had been in command of US Navy jets before joining civil aviation with US Air. On that night in 1990 he was making a short and all in all routine flight between the city of fun and the Californian metropolis. It was a quiet, clear and calm night, the 737 was passing the 18,000 feet downhill to LAX when Chesire and his co-pilot noticed a bright light above and not far from them. There was no evidence of surrounding traffic, but although the presence was clear and clear they decided not to ask the control bodies for clarification. They also figured they’d get to their destination sooner than that plane, so they didn’t worry too much. 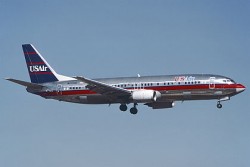 But once the final approach procedure began, the object’s light became much brighter, just like when a plane turns on its landing lights. At that point the Boeing pilots began to worry and made a couple of decisive corrections. The object reacted and began a merry-go-round of strange movements – jerks, retreats, advances, stops – which stunned the two. “No aircraft known to us is capable of doing this. And no human, but also no animal, is capable of withstanding accelerations of gravity such as those presumed by such actions ”. Both of them decided, once they landed safely, not to report the matter. The following week Chesire and his colleague touched the same flight. This time they didn’t have any strange encounters. “But the curious thing is that, by zapping between various radio frequencies, many pilots in flight at that moment reported“ having seen something particular ”. The control center asked them if they would like to report. Everyone said no. It is also for this reason that for 30 years I have never talked about my adventure ”. Maybe Captain Chesire did wrong … But he repented in time to bring her back to the surface, so we can excuse him.

The strange and mysterious beam of light above Shenyang 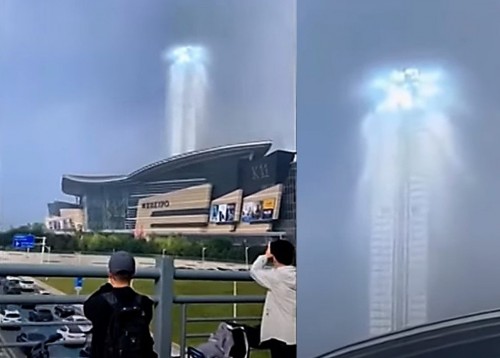 Meanwhile, China, a nation where particular events occur from time to time, returns to the headlines because a gigantic and mysterious ray of light appeared in the city of Shenyang which seemed to prelude… to the Apocalypse. For details, I refer you to the Segnidalcielo link, from whose website I also report the photo you see above.

I also point out another interesting intervention by Michio Kaku, the statun physicist

itense of Japanese origins who often intervenes on the alien question (who has Sky and follows themed programs, often sees him interviewed) and who recently warned about the risks of contact with civilizations probably more advanced than us (in short: we risk ending up like turkeys at Thanksgiving). The new appeal is very simple and is addressed to fellow scientists: “Keep your mind open”. Yep, they don’t always do it, on the contrary, they close it. Here is a link where to find his thought: click here.