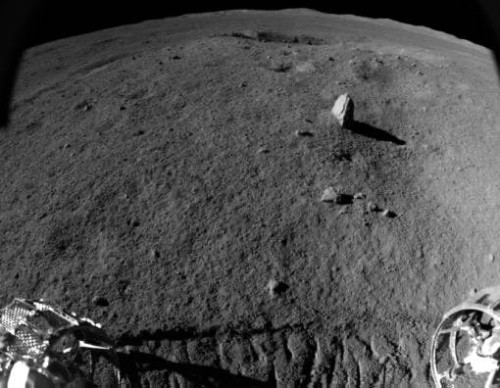 The hidden face of the Moon reserves us some surprises from time to time. After the alleged three-kilometer long “mother ship” collapsed on the edge of the Izsak D crater (after the resulting can-can, the image was curiously removed from Google Hearth-Moon Map, ed) and the equally alleged Russian joint mission -American Apollo 20 who allegedly found the mummified body of a woman (called Mona Lisa) near the wreck, the Chinese prove to be much more sober than us Westerners and little inclined to science fiction fantasies. 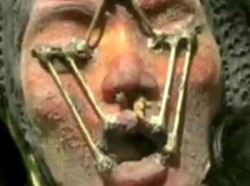 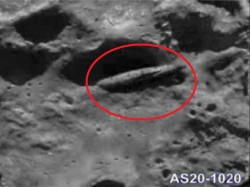 The Yutu 2 probe, after having discovered in a small crater on the surface of our satellite a strange substance that Chinese scientists have renamed “jiao zhuang wu”, that is “similar to gel”, did not fail to amaze us again with what they themselves scientists at first glance called the “milestone”. It is a rock that would seem insignificant to a layman, because the fact that rocks are discovered on the lunar surface should not make news. But no. Because the one photographed by the Chinese rover is a rock that, strictly speaking, shouldn’t be there. It is a shard that emerges from the surface, pointed and sharp, unlike all the others that have a rounded profile. This means only one thing: that the fragment has been there for a short time. Of course “little” in the economy of the measures that apply in space. It’s not like she fell there yesterday, but she may have “just” done so a few hundred years ago. This shows that the lunar surface is still active and is subjected to the continuous shaking and changes caused by the meteorites that still riddle it today. Where that sharp fragment that looks like a dinosaur’s tooth comes from is not yet known but the Chinese will analyze through the VNIS (Visible and Near-infrared Imaging Spectrometer) of the Yutu 2 rover. 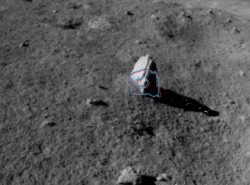 Dan Moriarty, a member of NASA’s postdoctoral program at Goddard Space Flight Center in Greenbelt, Maryland, argues that moonstones are as smooth as pebble beaches and that repeated impacts, thermal cycling stresses, and other forms of weathering on the lunar surface would tend after a certain time to break down the rocks into more or less “spherical” shapes. According to the scientist, that pronounced “crest” seems to indicate that she is geologically young and that she arrived in that place relatively recently. Moriarty speculates that it is an impact pyroclast from some nearby crater. It is possible that a rock with these proportions may have been produced by a process known as “shoulder”, in which intact fragments of rock are blown off the nearby surface without experiencing the same degree of impact pressure that the target experiences. The following surveys and the rover’s VNIS data will provide much more detailed information. Clive Neal, a leading lunar expert at the University of Notre Dame, agrees that, based on the images, these are impact pyroclasts, rather than exposed rocks. It will be necessary to understand, according to the scientist, if they are of local derivation. Only the data from the rover’s spectrometer will allow an evaluation of the origin.

We will see what will happen in the next few weeks and if the Yutu 2 rover encounters the object that produced the ejection of the pyroclast, perhaps a new mother ship “beached” nearby or it will find evidence that the Moon is nothing but a “Black Death” placed there millions of years ago by an unidentified civilization …