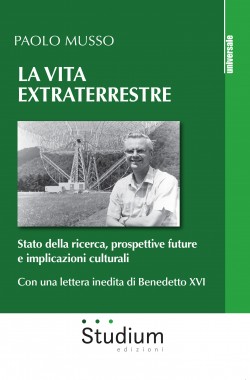 Extraterrestrial life is certainly the scientific theme that counts the most enthusiasts even among the layman. However, while news abounds on its true or alleged “secret” aspects, paradoxically very little is known about what has been done in the open for over 60 years, through the so-called SETI program (Search for Extra-Terrestrial Intelligence), which searches for possible radio signals from other civilizations. Started in 1960 by Frank Drake at the Green Bank radio astronomy observatory, SETI has since involved many countries, including Italy, which has always played a leading role, second only to that of the United States, but while many have at least heard of it, almost no one really knows it, because it is very difficult to find reliable and detailed information. Now all fans can finally read the whole story in the book Extraterrestrial life. State of research, future perspectives and cultural implications by Paolo Musso, professor at the University of Insubria, where he directs the international research center InCosmiCon (Intelligence in the Cosmic Context), as well as a member of the SETI Committee of the International Academy of Astronautics, the interdisciplinary research group that acts as a worldwide reference point for all researchers in the field. The book, which has the authoritative preface by Claudio Maccone, president of the SETI Committee itself, is particularly interesting because the author combines scientific data with stories and anecdotes drawn from his own direct experience, now more than twenty years old. It begins with a brief history of astrobiology, or the search for life in simple forms, hitherto conducted only within the solar system, followed by an accurate analysis of the famous Drake equation, which he used as a guide to the first congress on the theme, which he also organized at Green Bank in 1961. Then we move on to SETI itself, explaining why it is actually much more difficult than we think, but also why the next twenty years could be decisive for establishing the “first contact”. An entire chapter is then dedicated to the history of the fascinating attempt to build a language that could be used to communicate with other civilizations (should we be able to discover them), also telling how for this purpose the extraordinary experience of UCSS-Nopoki Peruvian University of Atalaya, where textbooks are being translated from Spanish into the languages ​​of some Amazonian peoples. Finally, the social, philosophical and religious implications are discussed, also presenting the surprisingly “aperturist” position of Pope Emeritus Benedict XVI, expressed in a personal letter sent to the author in 2014 which is published here for the first time.