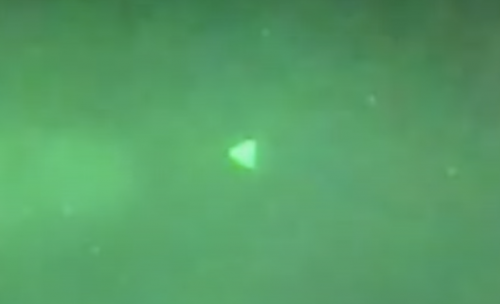 There are a couple of interesting news that are taking place in these hours. The first: in recent days a new video has circulated that portrays an object with a triangular-pyramid shape (the site thedebrief.org mentioned it first of all) and which, in addition to recalling the characteristics of the objects of the famous “vague belge” of 90s, it is linked to the trend of sightings made by the pilots of the US Navy. Well, the significant aspect of the story is that the Pentagon spokeswoman confirmed that in this case too, the images and filming were taken by US Navy personnel. At this link – is the site of PaoloG, expert in “ufological” translations – you will find more information. The second piece of news instead takes us into deep space and into the Milky Way: thanks to a telescope built on a peak in Tibet it has been discovered that something in our galaxy is firing cosmic rays of unthinkable energy, more powerful than any particle accelerator ever built. so far. Find everything at this address.