It is certainly a hot period on the front of the issues dear to us, from the question of possible life beyond our planet to the events of UFO sightings. Or to events such as the appearance of some monoliths in various areas of the Earth, even if it is now evident that the episodes following that of Utah (which in my opinion maintains an aura of mystery) fall within the often stupid human logic of imitating. But something also knocks on the door of official science, perhaps less riotous than in the past to confront an argument that cannot fail to be central. And the news that I report concerns something imminent: there is a particular radio signal, captured in 2019, which will soon be the subject of an explanation. And it could be something revolutionary. I hand you the article by Alberto Berlini of Today.it, who said however that the scoop is from The Guardian. 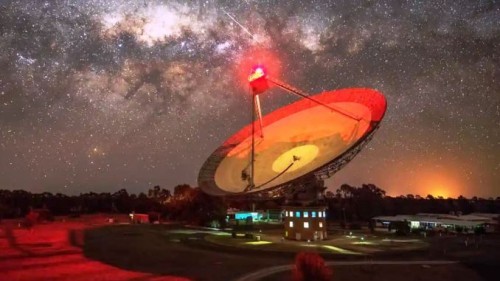 In the first months of 2021 the results of a study conducted on a radio signal observed in 2019 and coming from the closest star system: Proxima Centauri, which is “just” 4.2 light years away, is expected to be published. What is literally making amateurs all over the world jump out of their seats is an indiscretion that shows a particular detail. The signal seems to be concentrated in a single frequency, that of 982 MHz, a characteristic more typical of artificial phenomena than of natural ones. The “hunters of alien signals” are in a state of fibrillation because if the “unnatural” nature of the signal were confirmed, one could think that the planetary system closest to our host is a technological civilization. The news was leaked in the British newspaper The Guardian (this is the link) and the scientists who are working on data analysis confirmed to Scientific American magazine that there is still a lot of work to be done, but the interest is justified. To date it seems to be excluded that the signal is due to interference from the Earth and Andrew Siemion of the University of California-Berkeley explained that, at present, “it cannot yet be explained”.

“The most curious thing is that the signal occupies a very narrow band of the radio spectrum: 982 megahertz, in particular, which is a region typically devoid of transmissions from human-made satellites and spacecraft. We know of no natural way to compress electromagnetic energy into a single frequency container ”.

Could there be an “Earth” around Proxima Centauri? The system hosts at least two worlds. The first, called Proxima-b, is slightly larger than our planet and orbits at the so-called distance of the star’s “habitable zone”. Another planet, Proxima-c, much larger, would be too far from the star.