I receive this nice post from our friend and reader Pierangelo Garzia based on an interesting interview he did to Alan Steinfeld, a multifaceted character involved (also) in the alien question. Here is his contribution. 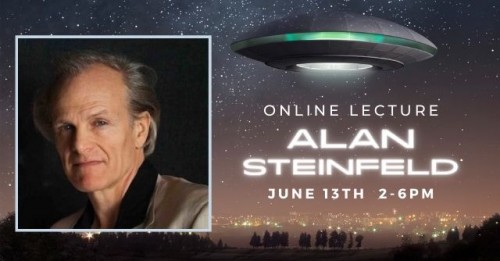 While we await the Pentagon report on UFOs from which, let’s face it immediately, anyone who has been dealing with the phenomenon for years does not expect anything sensational, let alone the famous revelation that for at least a part of them we can invoke the alien origin, there is who is not only firmly convinced of it, but has even promoted a media and social campaign to “establish contact” with extraterrestrial realities. At least, so goes the title of his volume, just released in the United States by the guys at St. Martin’s Press: Making Contact: Preparing for the New Realities of Extraterrestrial Existence (Establish contact. Prepare for the new realities of extraterrestrial existence). The author is a true testimonial, even by age, of that New Age that has gradually disappeared as a cultural and social phenomenon, but of which, at least in America, prominent exponents still survive, as indeed it is, this his name, Alan Steinfeld. Scholar, writer, producer and TV director, Alan Steinfeld is the director and host of the prime-time television program “New Realities” for the Time Warner network in New York. For over 20 years he has presented cutting-edge ideas in science, health and spirituality to his audience. He interviewed over 3,000 of the most influential people on these issues, as well as his book Making Contact includes direct testimonies of influential people involved in the UFO phenomenon. Twelve million people have viewed his “New Realities” series videos on his eponymous YouTube channel, and Steinfeld produces weekly “New Realities” series radio shows and podcasts for iTunes, BBSradio and KYAK-FM in Oregon. In short, a hyperactive character in the field of alternative information, certainly successful and with a large following of the public. To the point that, at the release of his book on UFOs, the magazine “Skeptic”, the periodical of the American skeptical association, equivalent to our Cicap, also dealt with him, with a comment and an interview by the skeptic, and essayist and science historian Michael Shermer. It seemed appropriate to interview him for the readers of Mistero bUFO.

Alan Steinfeld, someone might ask and comment: “Another UFO book?”. Why was there a need for another UFO book and how Making Contact differs from all others published to date? 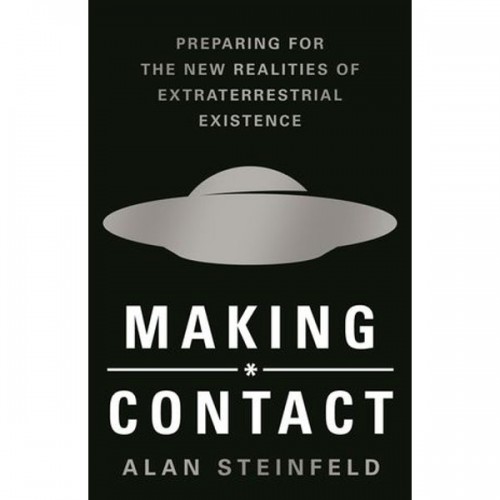 “Of course there are hundreds and probably thousands of UFO books already on the market, but none of them have the variety of insights this book offers. One of the reasons for a new book right now is because the whole phenomenon, including the admission by the US government of a cover-up on this phenomenon, and the increase in sightings around the world with more witnesses than themselves. come forward, they are helping to bring out new aspects of history. These emerging factors have created the need for the world’s population to have an educated preparation for what the book’s subtitle indicates: “the new realities of extraterrestrial existence”. The preparation is to get used to the idea that life on Earth is no freak of nature: life and intelligent life are probably spread to the point of being an abundant feature throughout the cosmos. If we can prepare ourselves by accepting this possibility, we will be more open to the benefits that contact will bring to humanity. Another reason for a new book like this is to realize that no one has a full understanding of this very complex subject. Likewise, our awareness of the phenomenon is evolving, as is the phenomenon itself. For example, people in the 40s and 50s of the last century happened to see disc-shaped aircraft, then cigar-shaped in the 60s. In the 1990s people saw triangles and V-shaped objects. Now we are seeing flying pyramids and tick-shaped objects. So, the question is, are these shapes evolving for our benefit or why is the intelligence behind them updating their equipment? We don’t know at this point. What we can say is that this is not a static situation. Furthermore, what is being changed is our terminology, which implies a fine-tuning of conscious awareness. What were once called UFOs (unidentified flying objects) are now formally called UAPs (unexplained aerial phenomena), so we have basically gone from object to phenomenon. This has led even the best researchers to scramble their ideas, to re-evaluate their attitude towards this situation. With all this, I felt that the only way to give a fair overview of the current intersection of the phenomenon with our daily life was to compose a book that examines a variety of facts and interpretations starting with “nuts and bolts” (i.e. the material aspect of the phenomenon) to then move deeper into the subtle effects of the mind of those who interact with these things. By presenting the full range of the phenomenon, readers can come to their own conclusion, which I believe is as valid as anything coming from the official levels of government ”.

We are experiencing a particular historical moment for the UFO phenomenon: the declarations regarding UFOs as a “real” phenomenon are now following one another at a rapid pace. Hardly anyone now thinks of calling them “hallucinations” or misinterpreted “natural phenomena”. However, there are still no official statements on their alleged “extraterrestrial nature”. How do you interpret all this, and do you think UFOs will ever be officially declared of “extraterrestrial origin”?

“As the philosopher Arthur Schopenhauer said:“ The truth goes through three stages. First it is denied. So it is ridiculed. In the end it is accepted as obvious ”. We are moving out of the ridiculous phase and moving towards global acceptance. But it seems that “the powers that be” still believe that we are not ready to know the whole truth. So they’re giving us crumbs, just to whet our appetite. I personally think everything should be shown and made available. All the bodies and recoveries that are locked up somewhere should be shown so that the world can see what and what the truth is. But like most truths after years of lies and denials, the result is a bite-sized meal. But yes, finally, now we have the Pentagon saying, “UFOs are real”. But there has been no mention (at least publicly) of the word starting with “a”: “aliens” – which is tantamount to wondering who is flying or building these objects. This is why I think “making contact” must become a social movement, like all the great emancipatory movements of the 20th century. But this time what we need is to move beyond social classifications, towards a radical change in our consciousness. The release of this truth engages a deeper causality in the very nature of who and what human beings are. This expansion of awareness seems to be one of the main reasons why those in control hesitate to say, “Reality is not what we thought. Life is not an anomaly. The universe appears to be full of life and higher intelligence, and we must be aware of a greater cosmology ”.

This is nothing less than a Copernican revolution, and look at what trouble people like Galileo found themselves in when they challenged the official view of reality. Well, I don’t think we’ve evolved much since those times, but at least we have the Internet where it’s harder to suppress new revelations. However, it will take an effort on the part of everyone to let go of the old thinking about ourselves, about our place in the universe and discover a wider spectrum of possibilities. UFOs and subsequent ET revelations will change everything we know about our history, biology, religion and, of course, our understanding of physics.