While it is true that the long-awaited official revelation on the nature and origin of UFOs has not yet arrived, at the same time the unknown flying objects (or aerial phenomena) are experiencing a new season of media success. And in the docu-series of the director and producer JJ Abrams, which has recently started on the US TV network Showtime, the old, much more suggestive and sedimented in our psyche, the definition of UFOs, returns. A series that intends to “take a look at how the United States became fascinated by unidentified flying objects and the possible presence of extraterrestrials. Also exploring what government involvement has been in the investigation and how they may have covered up such investigations ”. This series, Showtime officials say, explores our fascination with UFOs and the influence that government, private companies and the military can have in protecting the truth. Starting with the explosive narrative in which it is revealed that the Pentagon has been following UFOs for years, the series examines the history of the phenomenon through cultural and political touchpoints, including eyewitness testimony throughout the United States, asking the most enigmatic questions. of all: why do we believe and what do we believe? What is the elusive truth beyond this mystery that has lasted for many years? And given the notoriety and the prestige of Abrams, the ufological series is already making people talk. As a great TV critic like Michael Schneider writes in Variety magazine: “JJ Abrams is ready to dig into the subject of unidentified flying objects and Showtime is giving him the platform to do so. Abrams’ Bad Robot and Glen Zipper produce “UFO,” a four-part documentary series that will examine the phenomenon of mysterious objects in the sky and “what clandestine influence can the American government, profitable private companies and the military have in shielding the truth behind extraterrestrial phenomena to promote their programs “. 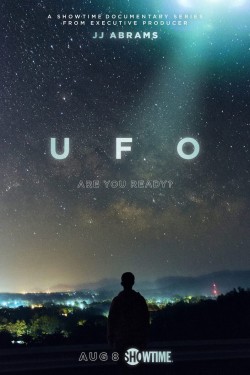 Alexis Soloski, TV commentator for the New York Times, in turn adds that the American director “is taking UFOs seriously” and that “JJ Abrams (” Lost “,” Fringe “, a couple of” Star Wars “films) he spent much of his career in the science fiction precinct. This seriously thought-out four-part documentary series, produced by Abrams’ Bad Robot, wonders if, after all, some of that science that investigates UFOs is perhaps not so fictional. The series, which draws heavily on the New York Times reports on the Pentagon’s UFO program, includes some notable archival photos and videos. The first two episodes evade rational explanations – such as military aircraft or shaky camera angles – in favor of the more extraordinary ones. But why should critical thinking stand in the way of those beautiful flashing lights? ”. But what are the “beautiful flashing lights”, almost never landed on the ground (or with testimonies from “nutshots” as some acid commentator of the broadcast points out), presented in the “UFO” series? The first beautiful flashing lights are those of the “Phoenix Lights” case of March 13, 1997, a real mass sighting. Hundreds of people from all over Phoenix, Arizona witnessed the sighting of a series of lights, mostly in a delta or triangular formation, moving silently at high speed across the night sky. The then governor of Arizona, Fife Symington, also witnessed the mysterious “V” lights after following the latest news regarding the sightings. But the highlight and most current of the first episode of the “UFO” docuseries could only be the bombshell report published by the New York Times on December 16, 2017 on a secret Pentagon program called Advanced Aerospace Threat Identification Program (AATIP) who secretly investigated UFO sightings for five years with a $ 22 million grant. The report, as is well known, proved to be disruptive because, as the UFO experts interviewed in the broadcast explain, it was the first time that a newspaper such as the Times, considered the most authoritative in the world, managed to obtain verifiable information on the fact that the Pentagon had actually investigated the cases of unexplained aerial sightings. Writer Joel Keller commented on the first episode of the UFO series entitled “The Gist” (the substance, the essence): “They came up with the idea that the government actually recognizes that there may be extraterrestrial life out there, but has taken steps not only to disprove the reports of sightings, but also to make it difficult for people to obtain investigation information through FOIA requests. The thought is that these sightings should be taken seriously and thoroughly investigated in the field ”. In short, as the old Fox Mulder of the now legendary “The X-Files” used to say, the truth is still out there, to be found in the field. Or, if you prefer, also through the TV screens and monitors, since in addition to the series broadcast by Showtime, we also have the opportunity to see “Top Secret UFO: Revelations”, already available in Italian on Netflix. UFOs exist, and how, if only in never ceasing to stimulate the entertainment, information and entertainment industries. A good result for something so evanescent and elusive.

(scientific journalist, head of the Press Office of the IRCCS Italian Auxological Institute)