The white and luminous spheres that move in the sky are back and give life, being in an “industrial” quantity, to real flotillas. What is true and credible in the two sightings that took place in recent days in Guadalajara (Mexico) and in Santa Maria, a Brazilian municipality in the state of Sao Paulo? The judgment is yours. If I have to be honest, the Paulista sighting convinces me much less, indeed, very little: it seems that somehow they contextualized in a scenario a group of lights like the Christmas ones, intermittent. Conversely, the flotilla of spheres of light in Mexico is quite credible also because it has an almost photocopied precedent: even on July 1, 2014, hundreds of flying objects appeared above the location, taken in flight for 4 minutes. The sighting of the initial days of this March took place during the morning hours: the spheres flew upwards at more or less constant speed, but with a fluctuation that made them change the formation, without respecting a precise pattern. The film is being screened by Cseti, aka Center Study Extraterrestrial Intelligence. 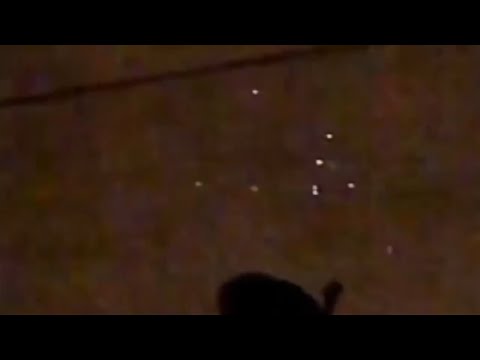