We are waiting for the American news, but in the meantime we are also talking about UFOs in our latitudes. The Air Force, which has been recording and evaluating sightings for years, has just communicated what in its opinion were the most recent and significant sightings from citizens. The Cun and the Cifas support the issue and this news was also dealt with by the Adnkronos agency, whose text I propose to you. Moreover, I already announce for the next few days the launch of a debate on a rather interesting “news” that just bounces off the US. 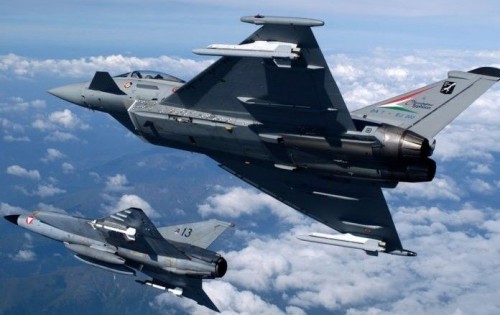 (adnkronos) UFO sightings in the archives of the Italian armed forces: the Ufologists of the Cun praise the ‘transparency’ of the Air Force, which makes known the reports of unidentified flying objects received from citizens. In particular, as regards the last two years, 9 reports have been cataloged so far: on January 5, 2019 in Cremosano (Cr), a “spherical” object “dark in the upper area, illuminated in the lower one” was sighted , move at low altitude and at a “sustained” speed from South to North. “The event was not associated with flight or radio sounding activities and was therefore cataloged as an unidentified flying object”, records the Air Force. Also in January 2019, on the 25th at 16.57, a ‘private citizen’ noted in the sky, at about 500 meters above sea level, an object with an “elongated shape with edges” that flies “from the North West to the South East” at speed ” low and constant with fast horizontal shift to the left ”. A few months later, on the morning of June 4, it was the turn of a gray circular UFO sighted at the Futa Pass. Not even a week later, on 10 June, in Soveria Mannelli (Cz) an “elongated” flying object of a “white tending to yellowish” color was sighted flying low to the west. On 16 August around 10.30 pm, in Cornate d’Adda (Mi), two objects are sighted at once: the first of about 50 meters, the second of 30, spherical, which illuminate the night with their “color intense orange and white ”as they slowly move across the sky. Last recorded sighting of 2019, a flying object described as a sort of “cigar” noticed in the sky at 13.05 on 25 November in Castellone (Cr) while heading north with a “constant propeller-type plane” speed. 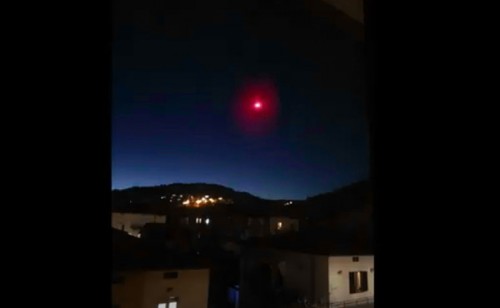 In 2020, two reports are recorded in the archives of the Air Force: the first on 18 July, in Cerchiate di Pero (Mi), with an object of “irregular spherical shape”, of “intense white and reddish finish” that moves with “continuous changes of direction”. At the first light of 2 August, in Milano Marittima (Ra), it is 5.45 am when a citizen spots a yellow sphere in the sky moving away “towards the North”. As for this year, so far there has been only one report, relating to the sighting, on January 14 last in Bernareggio (Mb), of a “black and white” object of an “irregular oblique” shape that moved “in a southerly direction East”. “While in the United States the wait continues for the publication by the intelligence agencies of the report on Uap / UFO required by the law of authorization for intelligence activities, Cun and Cifas recall that Italy in 2001 was the first country in the world to make military data publicly available on sightings of unidentified flying objects ”, say Roberto Pinotti, president of Cun (National UFO Center) and Vladimiro Bibolotti, of Cifas (Council of the International Federation of Advanced Studies). Cun and Cifas “hope that the publication of the planned report in the United States will have significant consequences for the recognition of the phenomenon of Unidentified Flying Objects and are confident that these consequences will be positively received also in Italy”. Following the spate of sightings of unidentified flying objects in 1978, the then Prime Minister Giulio Andreotti “designated the Air Force as the institutional body responsible for collecting, verifying and monitoring reports relating to the Ovni. Currently this activity is carried out by the General Security Department of the Air Force Staff in order to guarantee flight and national safety.