While the debate continues on the sighting by the military of the USS Omaha (I take this opportunity to warn you that in the coming days on the Corriere.it home page a podcast will be published to which I too contributed, together with my colleague Massimo Gaggi, one of our journalists in the USA), I pass you this video released on May 25th and which is creating a certain turmoil. Being an embedded Yotube file, I can’t view it directly and I have to send you the link: click here. The images were captured by a video camera installed on the International Space Station (ISS) during a live streaming of the SS HD Earth Viewing Experiment, an initiative aimed at broadcasting high-definition images of the Earth in real time. At a certain point, a triangular-shaped object appears with four lights defined as “dazzling”. From analyzes carried out with advanced software, the UFO would demonstrate the presence of a solid structure. But the enthusiasm on one front is matched, as usual, by the skepticism of others, who dismantle the fact. What do you think about it?

The research on UFOs / Uap joins forces: Icer is born 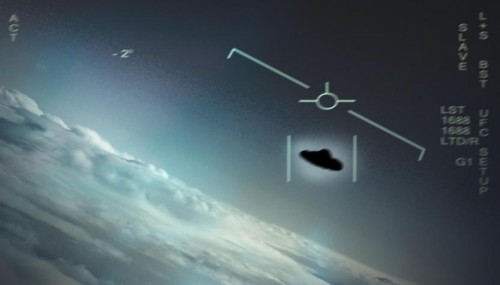 International UFO research joins forces and gives life to the Icer, the International Coalition for Extraterrestrial Research. It is a non-profit organization (Italy is represented by Paolo Guizzardi and Vladimiro Bibolotti) made up of scientists, academics and UFO / UAP researchers from 27 countries, “unanimous in recognizing that we are not alone in the cosmos”. The presentation document of the new initiative continues as follows: “Based on over 75 years of research, the ICER recognizes that the UFO / UAP phenomenon is real, acts intelligently and is most likely of extraterrestrial / non-human origin”. The presidency of the Icer is entrusted to Roberto Pinotti, an aerospace journalist who founded in 1967 and current president of the Italian National UFO Center (Cun), author of numerous popular essays, disseminated in six languages, including the one just released, “Ufo: the truth denied “. Among the researchers of the Icer prof. Lachezar Filipov, national representative of Bulgaria, astrophysicist who trained the first Bulgarian astronauts, and Eamonn Ansbro, national representative of the Republic of Ireland and astronomer. Both “are firmly convinced that the time has come to free themselves from the stigma that has weighed on the UFO / UAP phenomenon for decades and to undertake serious scientific studies”. The Icer believes that all countries “today must prepare for the reality that the Earth is affected by the activity of non-human intelligences and intends to establish ‘awareness’ programs to address the profound issue of contact and its global implications. Precisely because of its global reach, the ICER intends to take the issue to the highest levels of government, including the United Nations ”. The hope is that this organization works effectively and that it is not just an “apparatus” that does not lead to concrete results.