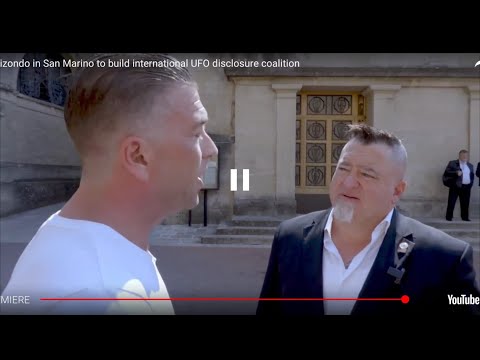 I am sure that Luis Elizondo, former director of the secret program of the US government to shed light on unidentified flying objects, fully knows the truth about UFOs, with particular reference to those spotted by USAF pilots and which were the subject of the famous scoop of 2017 by the New York Times, primed by our “friend”. But I am also sure that in these four years he has been smart to manage an obvious scenario: do not say everything, proceed in steps (not so long and relaxed, in my opinion), increase the level of waiting and reap all the possible advantages from the scenario. 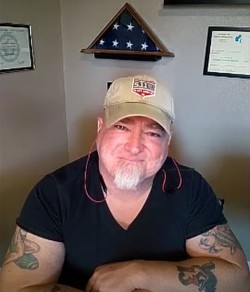 In the autumn of 2018, invited to Rome by the National UFO Center (which on the occasion scored a good blow, given the caliber and the novelty of the character), the former intelligence guru did not add anything more – except to see together with Tom DeLonge images attributable, according to him, to materials unknown to us and belonging precisely to UFOs – to what he had already declared in the previous months. In my small way I asked him the simplest and most logical question: if they are not of terrestrial origin, where do these objects come from? Did they come from space or from parallel dimensions? The good Luis will hide behind a sort of professional secrecy to which he was still bound despite being released by certain organizations. Well, his position hasn’t changed. He talks from here and there, travels the world, lectures, intercepts him punctually on History or Discovery and as his colleague Sabrina Pieragostini rightly says he is now the “frontman” of the disclosure on Ovni, but at the moment there is stop it. It stops, it does not close the circle, it does not “quail”. Good for next time, well …

The Cun on the weekend of 11 and 12 September invited him to its traditional convention in San Marino. But who was expecting who knows what, was left with an inch of nose. The man of the special and secret missions explained that the Artificial Intelligence will help to discover and evaluate these objects, he shared the idea that the June document released by National Intelligence to the US Congress is important but largely insufficient and advocated for improvement. of the working network on the subject of UFOs, praising the new initiative of the ICER, set up on a worldwide scale for this purpose. But of new revelations, not even the shadow. The reason is clear and, as I have already said in the past, this technique reminds me of that of Sergej Bubka, the famous pole vault champion. The Ukrainian champion knew very well his limit in leaps, but he avoided reaching it immediately to get better and better salaries in each stage of the Grand Prix. Here then is the rationale for Luis Elizondo’s “small leaps”: he has just signed a commitment with HarperCollins to tell his memoirs as a secret agent in a book for which he will certainly not remedy two almonds and three peanuts. Indeed, the publishing giant has announced shocking and unpublished admissions, certainly capable of capturing general attention because public opinion (American and global) is sensitive on certain issues. All the more so on TV. In a recent CBS broadcast, Elizondo once again emphasized how certain objects “withstand 600-700 times the G force and fly, without wings and control surfaces, at over 20,000 kilometers per hour”. That program had 10 million views. The book, we imagine, will in turn make a bang. With explosive declarations. Perhaps.